The most common cause of a stroke is a narrowing (obliteration) of one or both carotid arteries. This narrowing is caused by the progression of atherosclerotic plaques, which can rupture when they have reached a certain size. Strokes are currently the second leading cause of death worldwide; approx. 260,000 strokes are registered in Germany every year. In addition, physical and mental disabilities suffered from a stroke are a serious burden for patients, causing high healthcare costs.

The Department of Vascular and Endovascular Surgery of the TUM has one of the world's largest biobanks, which is unique due to its histological preparation. Based on a highly standardized preparation method developed over many years, histological samples are extracted from the carotid artery and then characterized by morphological attributes. In addition, all clinical parameters are collected in a database and can thus be taken into account in the analysis. Specifically, up to 1,250 patients during an endarterectomy, in which the obliterating plaques are removed from the carotid artery, had their histologically standardized preparations examined for their biological phenotype and stored in liquid nitrogen for further genomic and proteomic analysis. Preliminary experiments with this material have shown that the preparations are outstandingly suitable for this type of analysis, and that promising results can be obtained on the cause of a plaque rupture. In this way it is possible to correlate the clinical events with the genome, transcriptome and proteome data from the sample. The overarching goal of this investigation is to identify components of the vascular wall that are associated with a prognostically favorable or unfavorable event. The genetic studies also allow the identification of a causality of the proteins and functional networks involved. This not only enables better predictions of the likelihood of occurrence, but also new approaches to personalized prevention in the treatment of strokes.

Prof. Dichgans (Institute for Stroke and Dementia Research at LMU) and his research group play a leading role in the identification of risk genes and new RNA- or protein-based biomarkers for stroke, as well as in the identification of prognostic markers, which were shown associated with progression and predictability of cognitive impairments after strokes examined over a period of up to five years. In addition, the clinic coordinates several imaging studies including a study on carotid stenosis with ultra-high-resolution plaque MRI, which will help to determine and predict more precisely the individual progression and the rupture risk of vulnerable atherosclerotic plaques and microvascular changes.
A primary goal of WP2 is to link the results of the parallel biobank projects at the Klinikum rechts der Isar and the clinical examinations at the University of Munich. For example, markers that are identified in the multi-omics analysis of the vascular preparations are to be examined in more detail in the follow-up studies and, conversely, multi-omics data on prospective stroke cohorts in the tissue samples of the biobank are characterized. This synergy of the human biobank and clinical studies, as well as the existing experimental platforms at both clinics, will make it possible to identify not only new markers, but also new therapeutic goals in stroke prevention and therapy. 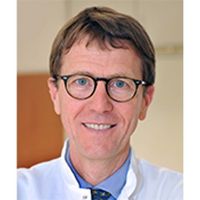 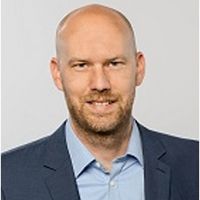 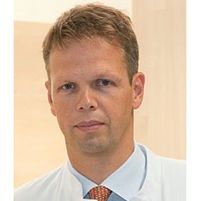 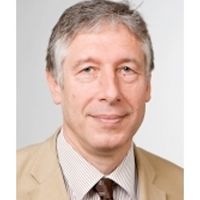 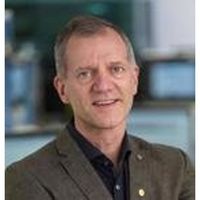 Director Department of Proteomics and Signal Transduction, Max-Planck-Institute of Biochemistry 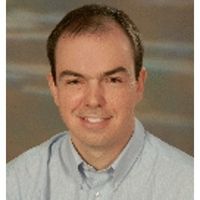 +49 (0) 89 / 35831-8700
lrzpost@lrz.de
We want to provide the information and services that are most important to you in the best possible way. For this purpose, we need your consent to create and evaluate an anonymized evaluation of your visit with the help of a web analysis tool for purely statistical purposes. You can change your consent at any time on our homepage under "Privacy".
accept all
decline

Analysis cookies collect information anonymously. This information helps us to understand how our visitors use our website. We use the Matomo software for tracking and analysis.

The _pk_id is an ID that makes it possible to verify which routes a website visitor has clicked on. A generated identifier is used for this purpose. On the basis of this ID, http requests can be linked to each other and corresponding statistics can be generated on e.g. B. the number of visits, average time a user stays on the website and the number of pages read.

This cookie is used to track from which website the anonymized user proceeded to any page or sub-page. The respective URL is saved as a string, which specifies the referrer, or rather the website from which the respective page was accessed, in a cookie to be able to create and analyze corresponding statistics.

The Matomo session cookie is used to track the visitor's page requests during the session. The cookie is automatically deleted at the end of each session (website visit), at the latest after one day. It is not possible to identify individuals using these cookies. The cookies are used to compile user statistics that cannot be directly tied to individuals (“pseudonymous usage profiles”).

This cookie is absolutely necessary to store your consent and, if applicable, your individual selection for the use of cookies on your end device in order to determine whether you have already given your consent when you call up the website again.

Tries to guess the user bandwith on sites with integrated YouTube videos.

Stores a unique user ID to get statistics for the videos a user watched.

This consent is for displaying external media content provided by Podigee.